A Walk Through the Historical Concordia Cemetery 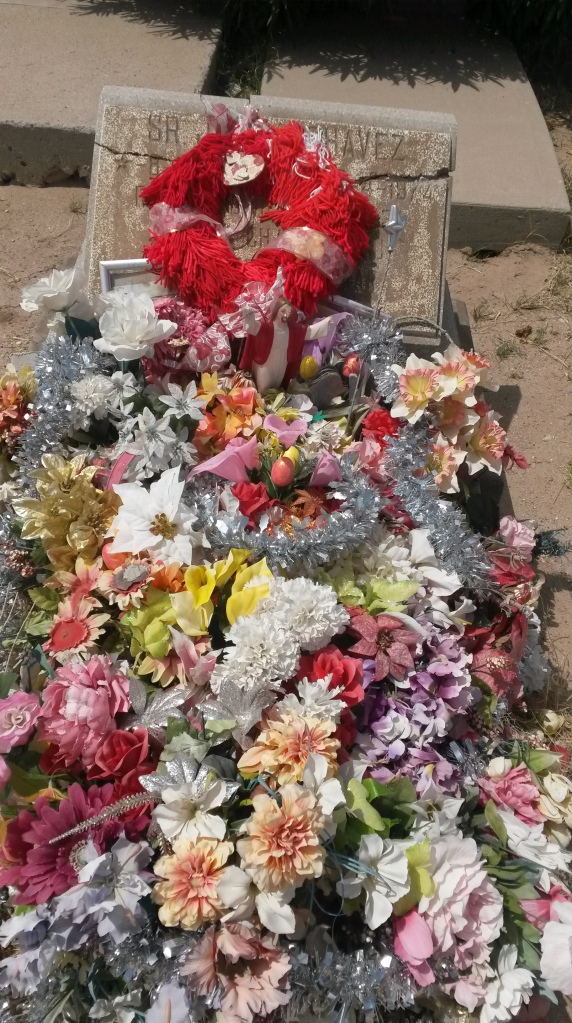 After visiting a friend in the area recently, I decided to take a walk through the historical Concordia Cemetery in central El Paso. This was the first time I visited. The cemetery began in 1856 when Juana Ascarate, the deceased wife of Chihuahuan trader Hugh Stephenson was buried there. The area was the couple’s home. Around 40 years later, the cemetery increased in popularity. Settlers, civic leaders, ranchers and politicians are also buried here. Concordia was nicknamed “El Paso’s Boot Hill” because it accommodated outlaws and gun fighters. It carried the nickname because a number of them died with their boots on.

Concordia also includes a Buffalo Soldier Memorial dedicated to African American Civil War veterans and various other sections. A section is also dedicated to the Chinese who immigrated to El Paso to help build the intercontinental railroad. The cemetery has separate Catholic, Jewish, Mormon and Masonic sections. According to a radio segment by National Public Radio, the cemetery is 52 acres and around 60,000 are buried at the cemetery. My grandmother’s baby sister, Margarita and other friends of the family were buried there around the late 1930’s or 40’s. 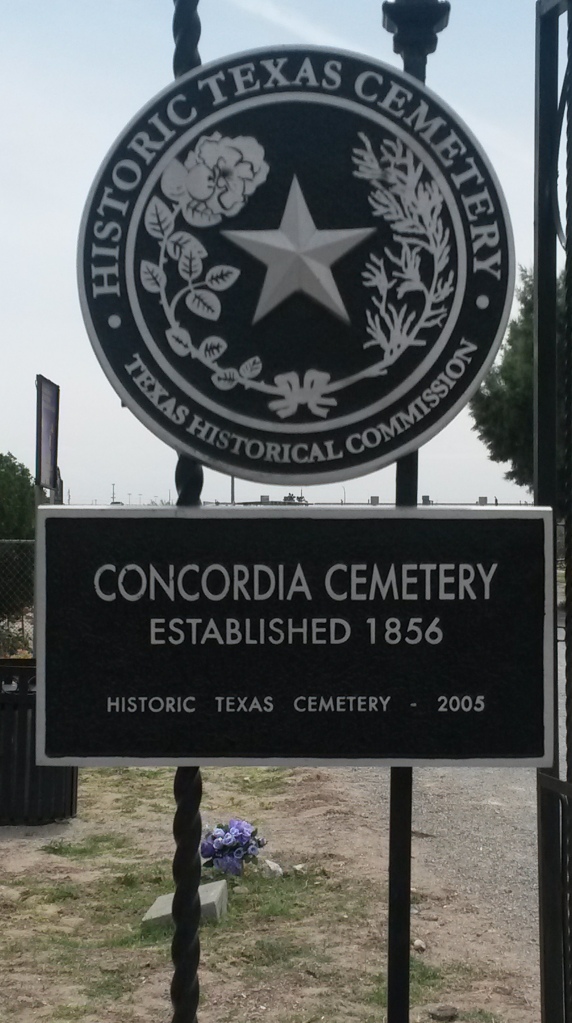 Although I looked on the map, I was confused and unable to find certain graves. Some infamous outlaws who are buried in the cemetery include: “Shotgun” John Collins, L. Bass and John Wesley Hardin. The cemetery hosts events such as ghost tours, a Dia de los Muertos (Day of the Dead) celebration, history walks and other special projects. The cemetery, located at 3700 East Yandell Drive, is open daily from 8 a.m. to 5 p.m. during the winter and 8 a.m. to 7 p.m. in the summer. For more info, check out http://www.concordiacemetery.org, texasmountaintrail.com and/or http://www.epcounty.com/history/Concordia.htm