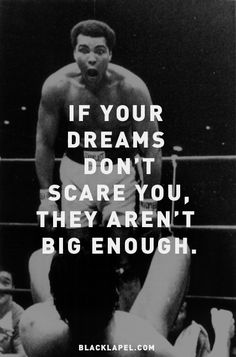 Not only was he a three-time heavyweight champion in the boxing ring but he was also a champion in life.

Ali died Friday in a Phoenix hospital. He was 74. He suffered from Parkinson’s for three decades.

Ali was no stranger to El Paso or Juarez. He stopped here and in Juarez in 2000. Ali helped deliver food and clothing to needy families in Juarez. He was given the key to the city by the mayor at a press conference.

Ali asked the mayor “Is this the key to the bank?” The crowd broke out in laughter.

The quote below was shared during an NPR interview in 2009. Ali asked his wife to read an essay he wrote.

“I never thought of the possibility of failing, only of the fame and glory I was going to get when I won,” Ali wrote. “I could see it. I could almost feel it. When I proclaimed that I was the greatest of all time, I believed in myself, and I still do.”

R.I.P. Muhammad Ali you will be missed by many.