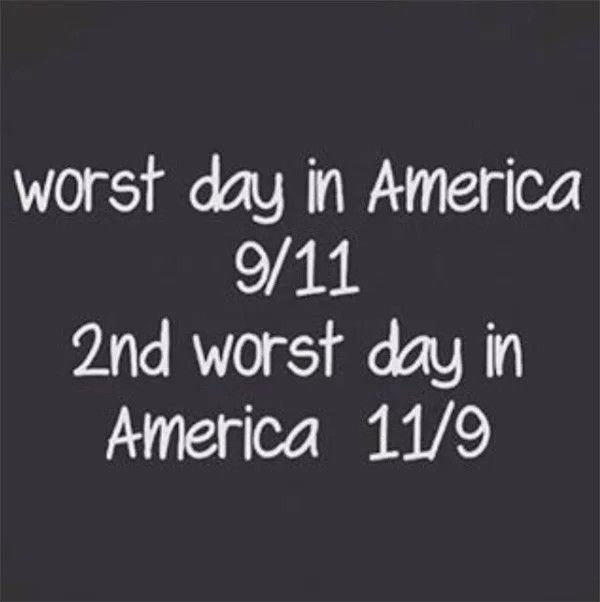 Hi everyone. I hope you’re doing better than me. I’m sure by now you already know who won the 2016 U.S. Presidential Election. I’m SO disappointed with the results! The results weren’t supposed to end up this way! I’m kind of at a loss for words right now but…all I know is that I’m really upset and disappointed! I stayed up until 2 or 3 a.m. watching the results online. After I found out he won, I was tossing and turning in bed. I immediately became sick to my stomach! Trump disrespects minorities, the disabled and women YET he gets to become the U.S. president! WTF? WHY? It’s sad people actually believe he’ll ‘Make America Great Again!’ He doesn’t even have a lot of political experience! He’s a complete joke and bully! He’s even allies with Putin! He sort of makes George W. Bush seem like an angel (the key words are sort of). This just goes to show that racism/bigotry are very much alive in the U.S. (more so than I actually thought!)! I’m pretty sure he isn’t going to do anything great while he’s in office. I’m trying to collect my thoughts but it’s not really happening right now. On a positive note, I’m glad I don’t have to see those stupid political ads for awhile. I’m trying to be as positive as I can but I don’t have much to work with right now. God, please help us all. According to Boom 92 Houston and 98.5 KLUC, here’s some reactions from a few celebrities on social media below:

“I was wrong. I thought America couldn’t possibly disappoint me more than it already had. But, I was wrong. RIP America.” Talib Kweli Greene.

“Once again America has continued to FAIL WOMEN, MINORITIES, MUSLIMS & IMMIGRANTS, LGBTQ, this is so disgusting.” Janelle Monae, Cindi

“I. Can’t. Breathe. Sitting up at 2:48 am trying to decide what to say to my daughter in the morning. This country, society is doomed.” Masta Ace

“Do not sit still. Do not weep. MOVE. We are not a nation that will let HATE lead us.” Katy Perry

For more reactions, click on this link or this one.