A Mini Day Trip to the Mercado, etc.

Hi everyone! I hope you’re doing well! I also hope your Thanksgiving was great! I spent the day with my grandparents and my boyfriend’s family. It was a really nice and warm day! My boyfriend wasn’t able to do anything last Thanksgiving because he was in nursing school. I’m happy to say he’s finally graduating later this week!

It’s Saturday night but unfortunately I’m stuck at home with a nasty sore throat and headache. I’m pretty sure I also have a fever 😦 I was invited to TWO concerts tonight! The local band, Bash celebrated their 10-year anniversary. If you like rock and/or metal, I suggest checking them out! Phoenix-based Rapper MC Magic also invited me to his show. Instead, I’m lying in bed listening to music on YouTube. Not that it’s a bad thing but of course I’d rather listen to it live. I grew up listening to MC Magic in the 90’s and early 2000’s. MC Magic was also performing with rappers Lil Rob, Brown Boy and Baby Bash. I’ve interviewed all of them except for Baby Bash. I’m including a couple of samples of their music.

I was having a great Friday with my boyfriend until I started feeling sick that night. He wanted to take a quick drive to Old Mesilla, New Mexico on Friday morning. I don’t know if it’s a good or bad thing but he’s a spontaneous person. Sometimes I go with the flow and other times I’m thinking…What the hell are you doing? I wanted to share a few photos I took at Ristramnn Chile Co./Mercado (market).  Ristramnn was interesting to say the least. There were all kinds of statues, piñatas, plants, bags of chile and many other items for sale. We wanted to stay longer but it was very crowded. 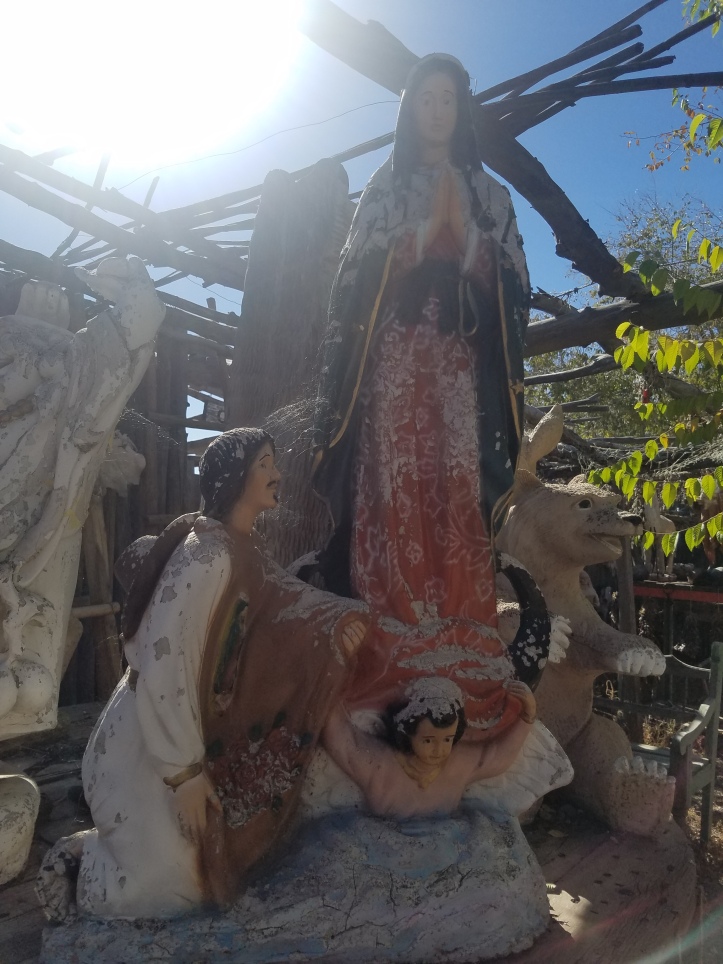 Have a great day, everyone and I’ll see you soon.