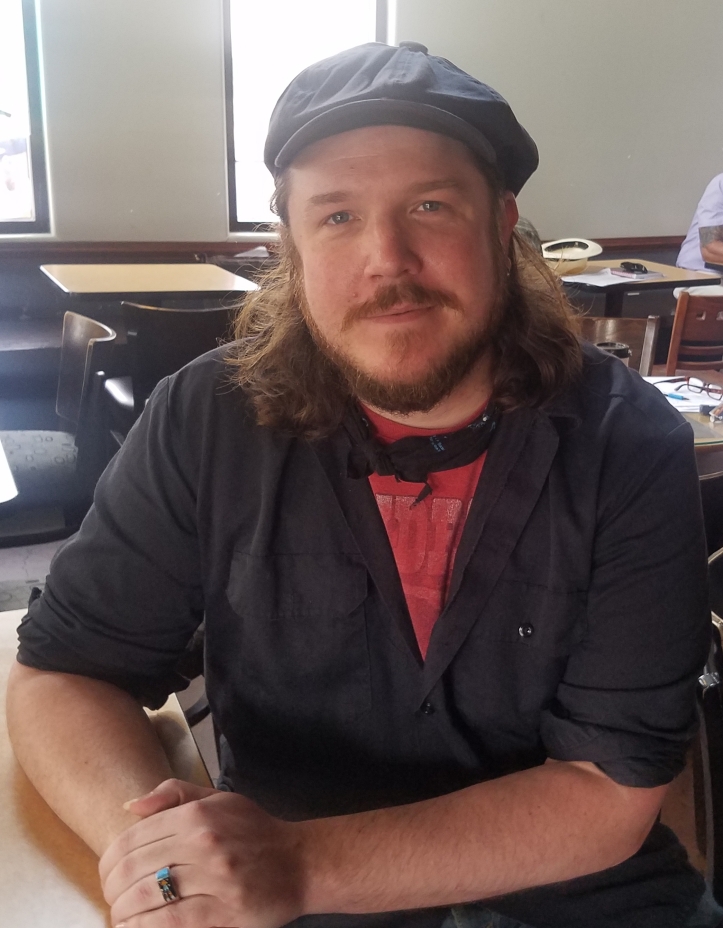 Hi everyone! If you’ve been following the blog, I blogged about the ‘Blaze’ movie premiere I attended last week. If you missed the movie review, you can check it out here. Ethan Hawke and Ben Dickey will be in El Paso on Tuesday evening at the Alamo Drafthouse to promote ‘Blaze.’ ‘Blaze’ opens nationwide in September. Here’s my interview with Dickey below:

Me: How did you and Ethan Hawke meet?

Ben: His wife but budding girlfriend at the time is my wife’s best friend. When they were falling in love, I knew his wife already. We met through their friendship. He’s from Texas and I’m from Arkansas. We bonded over the art and food we love. We both love southern foods and culture. One of the first times we met, I saw him perform. He just blew me away. I knew who he was and was always fond of the work he did. Over the years, we just got closer and closer. He has been a wonderful and generous friend to me. I was in a band and he loaned me his house in Nova Scotia (to practice with the band). He was always encouraging me. We have been friends ever since. (Ethan and Ben met in 2004).

Ben: As a director, I have seen him in a lot of capacities. We were so excited to work with one another for some time. We talked about it for some time. He is really focused. He is a really hard working actor and director. He is a hard working writer. His preparation is deep and he was the boss and in charge but he was also very inclusive. Once he knew I was past being too scared to be comfortable and nervous, he invited me to be part of the process in a really big way. He has integrity as an artist. He brought the people who wanted to work on this film and that inspired me a lot. I love him and he touched me and so many gifted people on every aspect on what it takes to make a movie. I wanted to be part of it. I told him halfway through the production, “I am so fuc*ing proud of you!” He’s great and I’m excited for him. He has so much brewing. He wants to make a couple of other movies tomorrow. He’s really ready to be doing that. He did a great job with this film.

Me: Would you say making music or acting is your passion and why?

Oddly enough, I find them to be the same. I fell in love with acting because this is what I already knew. With this particular project, I had to have a guitar. The process of shooting scenes and the rhythms and beats that you’re looking for and understanding the emotions how they apply to the rhythm of the beats in the scenes. Music is my life, music is who I am. That’s how I relate to the world. It’s my favorite language. I write songs everyday in my head, they come constantly. I opened up the door a long time ago and it doesn’t close with things that come in. However, making movies is not making records but I’m using a lot of the same tools. I got to work on a second movie already. I was wondering if it was going to be the same. I didn’t play music, I played a cowboy. Ethan is in it as well. I found it to be the same tools.

Me: In your opinion, what is the purpose of ‘Blaze’ the movie?

Ben: It starts with music. Me and Ethan really believed in the magic of his music. It’s also about mental wellness. The purpose of it is to tell a story that we think is very interesting and beautiful. It’s about a young woman who fell in love with a man who’s troubled. She also saw his life. She wanted to help him burn bright. Blaze Foley was a wonderful poet and artist. He was also an extremely troubled human being. I know a lot of people in my life who have a lot to say but maybe don’t feel like they deserve to be heard. Maybe they do what Blaze did, sabotage their own way. The last line of the movie to me is the movie which is ‘Sorry about your troubles ma’am but everybody’s got them.’  We come into this world and we leave this world. Sometimes some of us see the world beautifully and say things beautifully. Blaze did that but he was also troubled and sad. Townes Van Zandt is another example of someone whose a genius but for some reason, they have to set themselves on fire. Why do they do that? What’s that about? And then there’s the survivors, Sybil and the character Zee. Some people don’t take the self sacrifice road, they take a different road. I think that’s the story we’re telling.

Me: Have you been to El Paso? What do you think of it?

Ben: I had family out here a long time ago but I never came to visit. They were fond of it. My sweetheart and I drove through here and we always stopped here to have lunch or stop at a museum. This will be my first time staying the night in El Paso. Everybody is really happy. A lot of people we’ve met here have been here their whole lives, that tells you something. I have some friends from Austin who really love it here and come here often. They tell me you have to go to El Paso with us. I haven’t been here much but I’m fond of it. I live in the middle of nowhere in Louisiana. I lived in Philadelphia for too long, 18 years.

Me: What will you be doing after ‘Blaze?’

We finished ‘The Kid’ which is a western. Ethan has about 10 movies in his mind, two which are at the forefront that I plan to work on. I’m getting scripts sent to me. I’m getting asked to audition for things. If I’m so lucky to get involved with working outside of the realm of Ethan, I would love to explore it. It’s (acting) something I absolutely fell in love with and feel like I have something to say. If I get a chance I will be happy. Charlie Sexton recorded and helped me produce a record in December that I’m going to be putting out. I’m in the process of putting together a touring band.